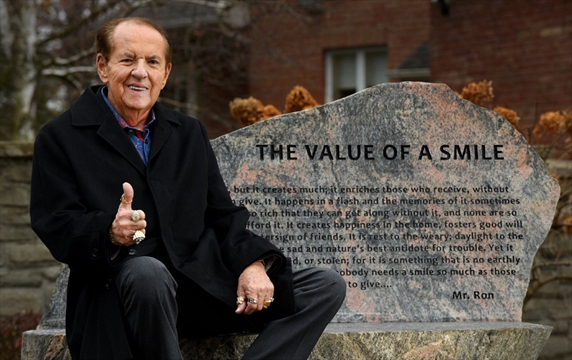 On Thursday a friend of mine passed away.

By worldly accounts, he was probably the richest man I ever knew.  He was a founder of the Ultramatic bed and, along with his wife, one of the largest personal contributors to Theatre Aquarius in Hamilton, ON with a stunning two-storey glass and steel encased lobby named after them.  He owned several high-end cars, and a handful of custom Harleys.  He loved his gold rings and his flamboyant attire, and was more of a fashion statement than I’ve ever seen on the cover of a magazine.  His own circle of friends included celebrities and he had a long-standing friendship with Canadian icon Gordie Tapp of Hee Haw fame, who was the spokesperson in many Ultramatic bed commercials.

But it won’t be his material wealth, his bling, his vehicles, or his famous connections that I will remember about him.  It will be his spiritual riches. END_OF_DOCUMENT_TOKEN_TO_BE_REPLACED

Marianne @ Their Words. My Musings.

I aspire to inspire you. I wish to compel you to think, provoke you to laugh, and move you to live and act in kindness. Their words. My words. Your words. Let's muse about them together. Marianne

"The road we choose is always right, so fine."

I Frequently Travel To ...

He Takes Better Travel Pics Than I Do